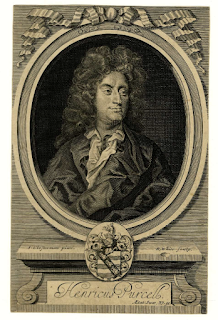 Salle des concerts, Cité de la Musique, Paris, Tuesday September 29 2020Ann Hallenberg, mezzo-soprano. Atsushi Sakai, viola da gamba. Karl Nyhlin, lute. Christophe Rousset, harpsichord (Vincent Tibaut, Toulouse, 1691, facsimile by Émile Jobin).If music be the food of loveCelia has a thousand charmsO solitude, my sweetest choiceSuite n° 2 in G minor (Prelude, Allemande, Courante, Sarabande)Bess of BedlamAh Belinda!Fly swift, ye hoursI came, I saw and was undone (The Thraldom)Suite n° 7 in D minor (Allemande, Courante, Hornpipe)From Rosie Bowr'sThe fatal hour comes on apaceSweeter than rosesMusic for a whileEncores: Thrice happy loversFairest Isle My first musical event since the Covid-9-related lockdown (and I have no more on the horizon as yet) was also, so I gathered from her Facebook page, Ann Hallenberg's: a recital of Purcell songs with a lute, a viola da gamba, and Christophe Rousset at the harpsichord.
This intimate concert was originally planned to take place in a more int…
Post a comment
Read more 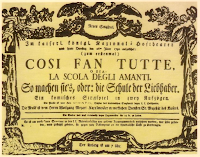 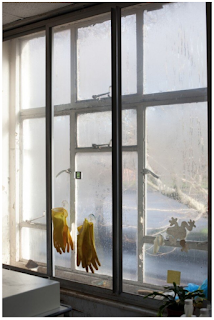 'The “great Italian three” by Wolfgang Amadeus Mozart and librettist Lorenzo Da Ponte reimagined as a single coherent trilogy: that is the challenge La Monnaie has taken on this season with the Clarac-Delœuil > le lab creative arts team and conductors Antonello Manacorda and Ben Glassberg. In their version, Le nozze di Figaro, Così fan tutte, and Don Giovanni all unfold in the same apartme…
Post a comment
Read more 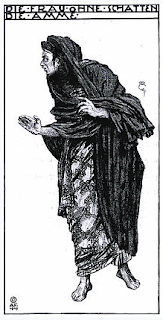 A late friend of mine, who hated opera with a single exception, Carmen, wondered why composers he liked (Strauss was one) did them. He concluded that once they'd nailed overtures, concerti, quartets, symphonies and symphonic poems, they turned to opera to meet their need for even bigger, more complex challenges to their skills. (It was the same friend who told me the string parts of Daphne were 'needlessly difficult.') Die Frau ohne Schatten is surely one of the …
2 comments
Read more 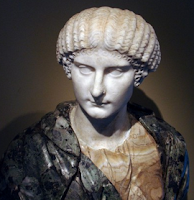 I already saw Mariame Clément's production of Agrippina, revived in Seville by Marcos Darbyshire, in Ghent in 2012, so I don't need to describe it in detail again here. It seemed to me somehow fresher-looking in Seville and I wondered if the sets had been rebuilt or repainted since, but apparently not. Maybe, someone close to the production suggested, it just looked better on the more spacious stage.

I also found I'd forgotten how full it was, from beginning to end, of well-timed comic detail - useful, as a young sta…
Post a comment
Read more 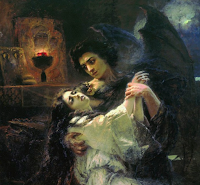 The recent strikes over pension reform meant I missed three operas I was supposed to see over the Christmas and New Year period: two because the Paris Opera was shut (with losses of over 16 million euros, leading to cuts in the 2020-2021 season) and a third - Warlikowski's production of Les Contes d'Hoffmann in Brussels - because no trains were running. I didn't expect to see anything else until Agrippina in Seville - where I'm now sitting writing this post - but a sick friend kindly gav…
Post a comment
Read more 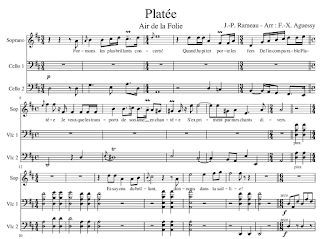 With its lively and rather cruel comedy, Platée seems a daring, even rash sort of choice for a concert performance, even with some comical stage business. Monday night's performance wasn't wholly successful, for various reasons, though the absence of sets and costumes did make it possible to focus on the many marvels and musical jokes of Rameau's astonishing score - one of his very best.

Rameau calls for a special and often elusive kind of declamatory oomph and éclat that only some of the cast could deliver in full. Best-cast, to me, was Thomas Dolié, a perfect Rameau baritone, mordant, supple and eloquent. Chantal Santon-Jeffery m…
Post a comment
Read more
More posts