A good night out in Stockholm with this very sound Salome and an excellent dinner in the same building after, which is more than you can hope for in Paris.

Sweden’s Royal Opera, as well as having a good orchestra, as you might expect, fielded a very strong cast of principals, including – unusually, I feel like saying – a Herod and a Herodias who actually sang their parts, rather than barking them (I’m not saying I’ve never heard exciting barking: it can be very effective, dramatically speaking, in the right roles). Katarina Dalayman was a charismatic Herodias, even when just standing around in a glittering caftan, observing the action. Michael Weinius is an outstanding tenor, quite young for Herod (by the standards we get used to) and very musical. Josef Wagner was a truly thrilling Jochanaan, very nearly stealing the show. And though there was tough competition for charisma from Katarina Dalayman, and the production asked her to act maybe a bit too young and innocent and pigeon-toed, Erika Sunnegårdh was a sterling Salome, hitting all the notes with impressive apparent ease. (It surely can’t be actual. But I’ve heard that singing teachers in Sweden tell their pupils to hide the effort, rather than telegraph it with tortured expressions and writhing limbs. No names.)

Herod’s palace was a Mies-like glass box, something like his Barcelona pavilion and thus also something like the glass box in Paris’s new Samson et Dalila, only in this case set at an angle at the rear, with stepped terraces down to the apron and, on the left, two hatches down to cisterns among the rocks. The box was not, however, furnished with trim Barcelona chairs and stools, but with gold-framed old-master paintings and elaborate, expensive antique mirrors as big as the walls, and fabulously nouveau-riche brocade fabrics and cushions, Versace-style (perhaps actual Versace). It reminded me of a furniture shop near the Bastille called Roméo that sold stuff so amazingly flashy you wondered just who might fork out a fortune for it. (I just checked: it has moved to make way for sports shoes, but the brand still exists at other addresses.) A large, crustily-cratered disc of a moon was let down slowly at the back.

Herodias had, as I said, a glittery caftan, Salome a silver lame dress, Herod was in plum silk pyjamas and a velvet smoking jacket and his house guests, the Jews and Nazarenes, looking like Russian or Balkan mafiosi with open-necked shirts and chisel-toed shoes turning up at the point, were supplemented by one or two scantily-clad trophy girls. The guards wore black suits.

Apart from the modern dress, the directing followed the instructions on the box, with a few exceptions. To me there were two noticeable weaknesses. First, people who had nothing to do really did nothing. Even when Narraboth committed hara-kiri the guards didn’t budge – nobody tried to stop him. Similarly, Herod and Herodias hung around motionless during Salome’s final scene and might have done better to slink off off, leaving her alone until the end.

Second, Salome might better have just danced. Instead, she was humiliated, with hints of sado-masochism, by Herod’s guests, at his invitation. This was more embarrassing than effective. The other exception was, though, a strength. Jochanaan had his throat well and truly slit, but his head was not sliced off. He was carried, bloodied and near-naked, out of the cistern and Salome was able to kiss his mouth while caressing his whole, gory body. This was a lot more effective than the usual, faintly comical plastic head that distracts us during the famous finale.

It was a pleasure as always to discover a new house – new to me I mean: this one, with a very fancy "Gold Foyer" upstairs, was built in the 1890s in place of a Gustavian building of the 1780s, a demolition some Swedes have never quite got over. If Stockholm’s opera-goers are used to these standards at a third of the current Paris price, they are lucky indeed.

Here, Maestro Wenarto shows how the dance should be done.
2016 Salome Stockholm Strauss 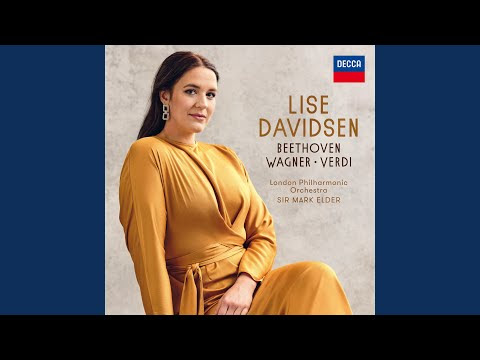 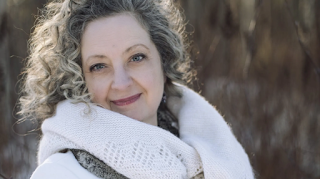 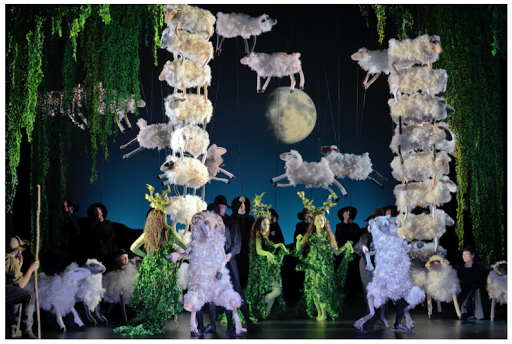 The Opéra Comique's charming production of Jean-Joseph Cassanéa de Mondonville's Titon et l'Aurore , which, like a number of recent productions, uses a good deal of puppetry (sky filled with flying sheep...) is still available free of charge for those willing to register as guests on medici.tv : https://www.medici.tv/fr/operas/jean-joseph-cassanea-de-mondonvilles-titon-et-laurore/
Read more